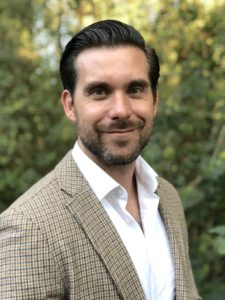 Prof. Dr. Dominik Heider is a Professor at the Department of Mathematics and Computer Science at the University of Marburg since 2016.

He studied Computer Science at the University of Muenster from 2002 – 2006 and subsequently started his PhD studies at the Department of Experimental Tumorbiology and the Institute for Computer Science at the University of Muenster. After receiving his PhD in 2008, he worked as a Postdoc at the Department of Bioinformatics at the University of Duisburg-Essen where he finished his habilitation thesis in 2012 to become an Adjunct Professor (Privatdozent). From 2013 – 2014 he was an associate director in industry and from 2014 – 2016 he was appointed as a Professor at the TUM Campus Straubing (formerly Straubing Center of Science).

In 2021, he declined an offer from the Robert-Koch Institute to become the new director of the newly established Center for Artificial Intelligence in Public Health (ZKI-PH).

Dominik Heider is an Associate Editor for the international journals BMC Bioinformatics and BioData Mining and member of the editorial board of Systems Medicine and Machine Learning and Knowledge Extraction. He is a member of the Gesellschaft für Informatik (GI), the Data Science Society (GfKl), FaBI, and the Deutsche Gesellschaft für Medizinische Informatik, Biometrie und Epidemiologie (GMDS).